Diego Barizo Because some times, I just don't have anything better to do

And I had to do it. Start with my 3rd Challenge.

So I went over my old BASIC programs looking for something interesting that could be part of this challenge. I have 10 full disks, and after 5, it seemed to me that I had more than enough games to keep me busy for the month.
Let’s see what I found…

Alien II
Inspired by the movie “Aliens”, you are a space marine trying to rescue the alien’s victim in a maze of tunnels.

R Rusa
A Russian roulette simulation. Yeah, I guess I was kind of sick back then 🙂

Sup-Caza
You must try to catch the weird tentacled thing, avoiding the pac-man like chomper.

Lobo 1
Inspired by (I believe) a ZX Spectrum game inspired by the “Airwolf” TV show.

TOW-2
Keep the missile on target to blow the tank before it blows you. 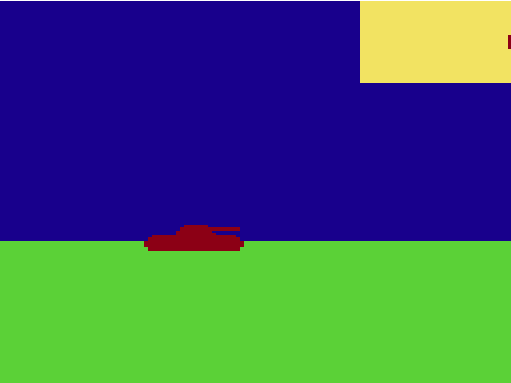 Topgun2
You are alone against 2 enemy fighters. At least that is better than 5 vs 2 as in the movie!

Super j
Shoot the enemy space fighter from your base’s turret before it fires on you.

You may have noticed that some of the names and text in the screenshots are in Spanish. Yes, that is my native language. I’m not really sure if I want to translate them.
What do you think?

Now is time to pick one, and start trying to figure out 30 year old code written by a 15 year old kid….